If you’ve had any experience in the world of perfumes, you’ve probably encountered the words “perfume” and “eau de toilette” on more than one occasion, both referring to what seems to be the same thing.

But is there a difference between the two? And if so, what is it?

Want to know more? Let’s take a closer look at the similarities and differences between “eau de toilette” and “perfume”.

What Is an Eau de Toilette?

First thing’s first, let’s break down the most mystifying word of the too: “eau de toilette”.

This is a French word which translates to “toilet water”, though not in the way that you might think. Instead, “toilet” in this sense refers to someone’s dressing and grooming routine.

You can imagine that back in the days when this kind of fragrance was introduced in the 19th century, a lady’s morning routine was a bit more involved (or was it?) than it is today. I’ve done a full write-up about eaux de toilette here, so feel free to check it out for more details.

But what is it, really? Essentially, an eau de toilette is one “concentration” of perfume.

The highest percentage that a perfume is dosed at is usually about 40%, while the lowest can be as little as 1%. But what is the dosage of an eau de toilette?

On the spectrum of concentrations ranging from 1-40%, eau de toilette, which is by far the most popular and common of all concentrations, lies between 5-15%.

What Is a Perfume?

Well, if you’re reading this article, you can probably partially answer that question yourself.

The word “perfume” has two principal meanings. One is, of course the most obvious meaning, which is that “perfume” refers to all scented products which are meant to be applied on the skin and aren’t a spray deodorant. It can encompass anything and everything from an eau de Cologne, to an eau de toilette, to a body spray, and even attars and perfume oils.

So long as its made up of perfume oils in some kind of solvent, whether it be alcohol, oil, or water, you can pretty much call it a perfume.

However, there is a second meaning to the word “perfume” which can be used in certain situations.

That is when you speak about the highest concentration of perfume, which is known in French as an “extrait de parfum” or “parfum”.  If you translate directly, that would be “extract of perfume”, or simply “perfume”.

This concentration, which ranges between 20-40%, is the densest and most highly concentrated of all, giving you a strong and long lasting olfactory experience.

For some who aren’t necessarily as savvy with their French as others, this perfume is often referred to as “pure perfume”, instead of “perfume”, to prevent confusion.

The Difference Between Eau de Toilette and Perfume

So, now that we know what an eau de toilette and a perfume is, let’s break down the differences between the two.

“Perfume” can be either a word that refers to all styles of fragrances meant to be applied on skin, or to a very specific concentration of perfume – namely “extrait de parfum” or “pure perfume”.

Eau de toilette, on the other hand, refers only to a specific concentration of perfume, without a doubt the most common and popular concentration in designer perfumery, which ranges from 5-15%. The word “eau de toilette” doesn’t have nearly the same kind of general application as the word “perfume”.

As I well know, the world of perfume can be confusing and overwhelming for newbies. But don’t worry – if you’re new to perfume, I’ve got you covered, helping you to see that there’s really not all that much to fret about after all.

And that is the case here with the difference between eau de toilette and perfume.

There is only a small difference between “eau de toilette” and “perfume”. “Perfume” can be used to describe all kinds of perfume, or to talk about a specific concentration of perfume. “Eau de toilette”, however, only refers to one perfume concentration in particular, which is dosed at 5-15%. 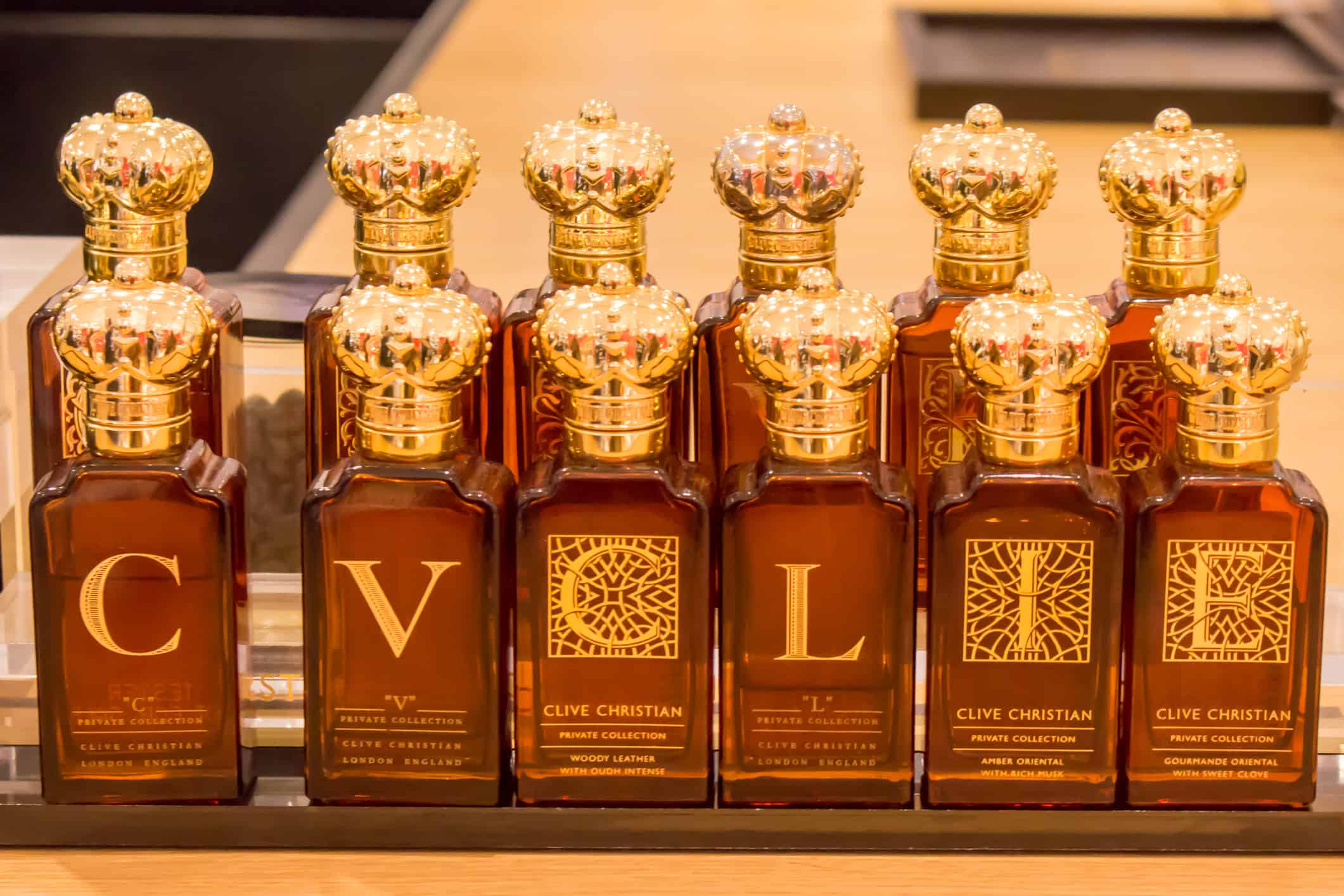 Why Is Clive Christian Perfume So Expensive?

British niche fragrance brand Clive Christian has become a byword for luxury in the fragrance world.  Established in 1999 by designer Clive Christian, the brand is intended to be a revival of a heritage perfume house known as The Crown Perfumery (founded in 1872), which was given use of the royal crown by Queen Victoria…