BTS has achieved significant global success and become one of the world’s most popular and influential musical groups. They have released several successful albums and have won numerous awards, including multiple Billboard Music Awards, a Grammy Award for Best Pop Duo/Group Performance, and several Korean Music Awards.

In addition to their musical accomplishments, BTS has also made a name for themselves as ambassadors for various causes. They have spoken out about mental health awareness and have raised millions of dollars for charities through their music and merchandise. BTS has also been recognized for their efforts to spread positive messages and promote global unity and had previously been invited to speak at the United Nations and other prestigious events.

But enough of the boy band’s glitzy accomplishments. You’re here to find out the member’s publicly known favorite fragrances. Let’s get down to it.

American lingerie house Victoria’s Secret debuted its sensual Noir Tease in 2017. The fragrance was initially launched under Sexy Little Things Noir Tease in 2010. The brand is most known for its ‘Runway Angels’ sporting the company’s goods on the catwalk. VS’s first fragrance came in 1989 under Victoria.

Jungkook was seen using the perfume in the Bangtans Subs YouTube video. The rumor goes that Noir Tease was gifted to Jungkook by BTS member V as a birthday gift.

Victoria’s Secret has described the Eau de Parfum as “The ultimate flirt: seductress meets coquette in this boudoir-inspired fragrance.” 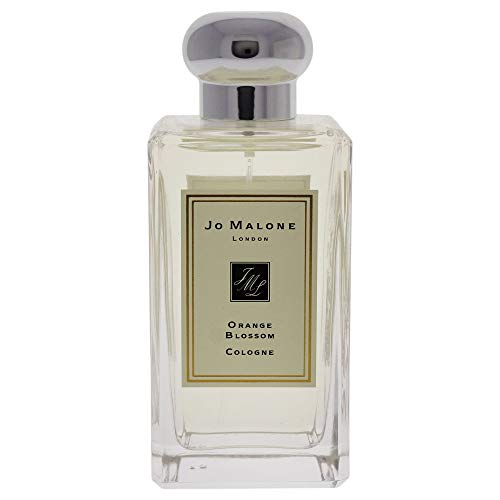 Her enterprise took off after concocting a Nutmeg and Ginger bath oil as a thank-you gift for regular customers. Requests for re-orders of the bath oil propelled Mrs. Malone to open her first boutique in London in 1994. Operating as a unisex perfumery, her simple single note-to-combination essences captivated the British public for over another decade until 1999. An offer came from Estee Lauder Companies Jo couldn’t pass up.

Inspired by a stay at Los Angeles, Bel Air Hotel, Orange Blossom by Jo Malone is classed as “a shimmering garden oasis. Clementine flower sparkles over a heart of orange blossom and water lily, with warm undertones of orris and balsamic vetiver.” 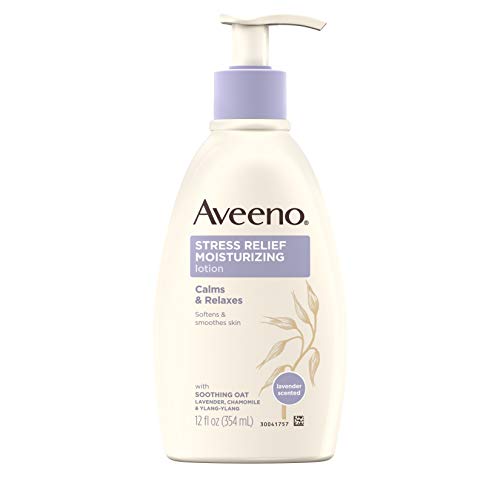 BTS’s Kim Taehyung, or stage name V, has no need for an overpowering fragrance when he’s one of the most extroverted singers/ dancers in the boy band… next to J-Hope, of course.

He adores Aveeno’s Stress Relief Moisturizing Lotion with aromas of soft Lavender, Ylang-Ylang, and Camomile, formalized with soothing oat as its base. It keeps his skin baby soft and smells of pacifying florals.

V is quite the novice in his perfume application since he likes the combination of light Aveeno lotion and masculine Paco Rabanne’s Invictus.

Boy Chanel was generated by Coco Chanel’s “younger years. Gabrielle Chanel met Arthur “Boy” Capel, an elegant British polo player. He was her great love—and the first to encourage her life as a designer. Inspired by the bond that united them, this vibrant fragrance challenges tradition and transcends genre.”

Olivier Polge is the single nose to the creation of Boy Chanel, including Chanel’s Bleu de Chanel Parfum and twenty-seven more fragrances for the luxury brand. Olivier, also lonely, curated Dolce&Gabbana’s The One for Men perfume. He had his hands in Lancôme’s La Vie Est Belle fragrance and fifteen varieties of the scent, Dior’s Pure Poison, Giorgio Armani’s Armani Code for Women, and Victor&Rolf’s Flowerbomb line, dipping his craft in twenty-nine of the Flowerbomb variations.

The composition is “An accord of lavender and geranium is heightened with exquisite woody notes. The scent of a unique personality.” 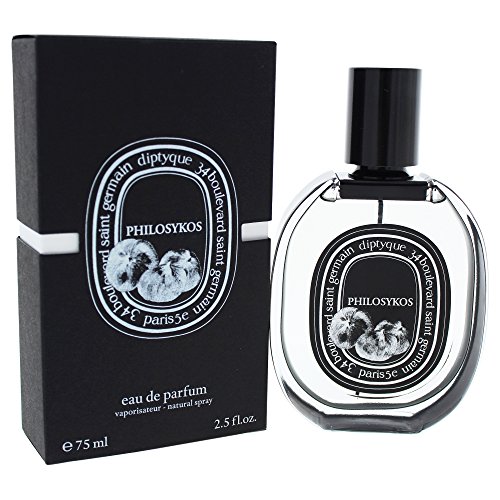 The designer brand has 80 perfumes to their name today, many inspired by the three friends’ travels with one another.

Philosykos, named after the exclusively Greek phrase for “friend of the fig tree,” launched in 1996. The French Eau de Parfum is chronicled as “The memory of a Greek summer at Mount Pelion where, to get to the sea, there was a natural grove of wild sun-soaked fig trees to cross through. Philosykos is an ode to the entire fig tree: the green freshness of the leaves, the milky flavor of the figs, underpinned by the woody density of the tree.”

A bottle of Diptyque’s Philosykos Eau de Parfum vends at 205 USD for 75 ml.

Hermès is modernly most notable as the manufacturer and distributor of the scarce ‘Birkin Bag.’ The French lux fashion and fragrance house was founded in 1837 by Thierry Hermès, who initially focused on equestrian accessories. As the ages and eras evolved, so has the diversification of the brand, venturing into leather goods such as handbags, silk scarves, fashion wear, and fragrance.

Contrived by perfumer Jean-Claude Ellena, he has produced nearly sixty Hermès fragrances in his career.

2006 Hermès Terre d’Hermès styles the Eau de Parfum as a “strength of citrus fruits and peppers combined with a note of flint reveal the trace of earth. Narrating the relationship between man and earth, his humble and harmonious dialogue with the elements and nature. Terre d’Hermès is the perfume that connects man to his origins, to the source of his creative power.” 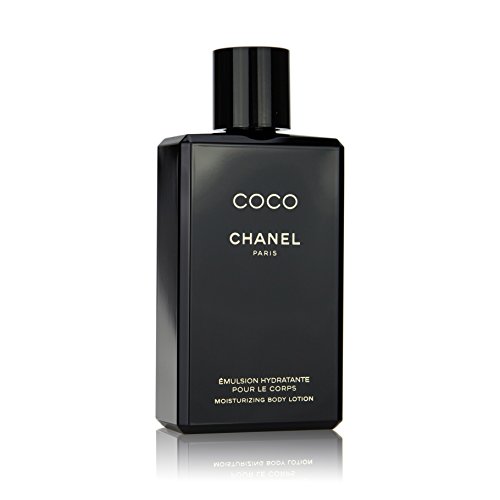 French fashion house Chanel has contrived an expansive series of Chanel N°5 into bath and body products, including soaps and lotions. The N°5 lotion is of the same originating parfum scent with different ingredients to make the fragrance into a silky body lotion.

N°5’s scent description entails, “Since its creation in 1921, N°5 has exuded the very essence of femininity. The abstract, mysterious scent—alive with countless subtle facets—radiates an extravagant floral richness.” Its composition reads, “With its unprecedented use of aldehydes [hyperlink] and layers of complexity, N°5 was the world’s first abstract fragrance. The Eau de Parfum draws inspiration from the original Parfum. This floral bouquet, composed around May rose and jasmine, features bright citrus top notes. Aldehydes create a unique presence, while the smooth touch of bourbon vanilla yields an incredibly sensual sillage.”

N°5 The Body Lotion’s product characterization paints the image as “a light, fluid texture, this body lotion hydrates and delicately scents skin with the now and forever fragrance.” With scents of a “feminine, sensual floral bouquet that enhances the smooth harmony of May rose and jasmine.”

Each of the members has very opposing fragrances and intensities.

I found Jungkooks unsurprising since the artist has a track record of using feminine fragrances, especially those that are juvenile fruity sweet scents.

The most stunning fragrance was Jin’s taste for Diptyque’s Philosykos, with deeply grounded ‘raw materials’ of the entirety of a fig, from the fruit itself to the tree sap and bark.

In other words, the Smooth Like Butter bandmates has serious class and style in their choosings of mostly French-bred fragrances. 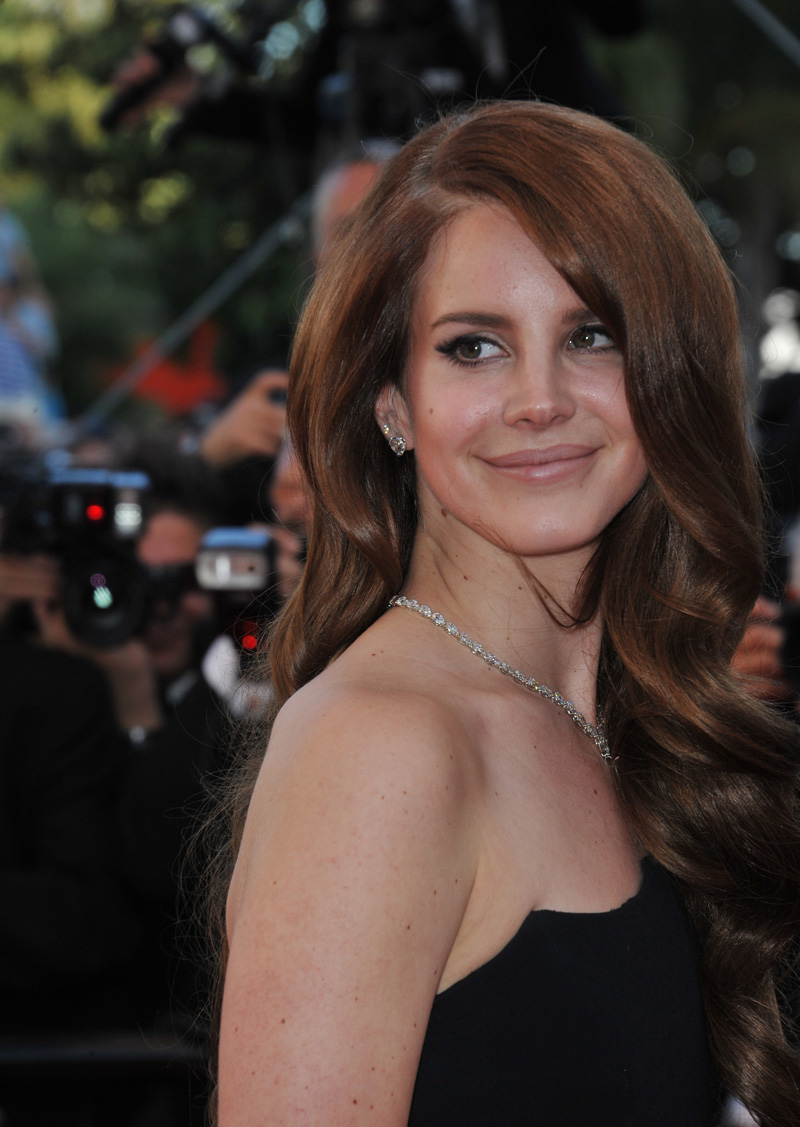 New York native Lana Del Rey first rose to popularity in 2011 with her most ‘stanned’ debut album, Born to Die.  The enigma that is Lana Del Rey has become an icon in her own right as a musician in the past decade of her reigned fame.  Her breathy classical voice overlayed on alt-pop tracks in…