What Perfume Did Selena Quintanilla Wear?

The Queen of Tejano Music, Selena popularized Latin music across The United States with her fashion flare and booming voice that once filled stadiums.

The powerhouse accomplished feats many lifelong musicians have never been granted. This includes a total nomination count of 89 and winning 67 of them; those included 26 Tejano Music Awards which 9 of those 36 she won consecutively in a row. She currently, as of 2022, still holds the best-selling Latin album of all time, not to mention she was honored with a Hollywood Walk of Fame Star in 2017.

The 23-year-old, Indigenous-Mexican Texan-born Selena accomplished it all!

Her life and legacy will forever live on in her style and vibrant music.

But you’re probably wondering what the Queen of 90’s Latin Music wore for fragrance, let’s answer that for you!

Selena’s Signature Scent is Boucheron by Boucheron. Her used fragrance bottle is displayed in a glass case at the Selena Museum located in Corpus Christi, Texas.

Boucheron by Boucheron was released in 1988 as a symbol of floral elegance.

Commissioned Perfumists Francis Deleamont and Jean-Pierre Bethouart were inspired by the saturated rich yellow golds gilded into the walls of Place Vendom’s rooms by Parisian goldsmiths. These themes are strikingly notable, from the ring-shaped bottle to the fragrance coloring.

Boucheron’s release in the late 80s has prominent key magnetic notes of powdery, musky, saturated white florals, seen in many fragrances created during that decade.

Its opulent composition is reminiscent of Chanel N°5 and Elizabeth Taylor’s White Diamonds with their mature, intensely aromatic fragrances. Few words describe Boucheron; Classic, Plushy Warm Base, Sparkling with Projection, and Much Depth.

An updated but nearly exact formulation of Boucheron Eau De Parfum is still on the market today. Selling for as low as 40 USD to as high as 140 USD purely depends on the department store where you’re purchasing.

A considerably mature fragrance for the young-aged Selena but so fittingly for her fiery, bold energy and larger-than-life spirit.

Her used bottle sits for viewing today at the Selena Museum in Corpus Christi, Texas. Encased in glass, there stands next to her fragrance is Selena’s Iconic Chanel red lipstick in the now discontinued color, Brick, enlarged faux Chanel pearl earrings with pictures enshrining her most memorable performances.

Both fragrances were shortly featured on Selena’s vanity in Season 2, Episode 9 of the hit Netflix Drama series Selena: The Series.

Although it has never been confirmed if Selena ever wore either of these scents, the production of Selena: The Series worked closely with the Quintanilla family to avoid missing any minute details.

Selena’s Sister, Suzette, stated in a Selena Museum tour interview with Diedre Behar, a reporter with Entertainment Tonight, “There’s certain things that I don’t mind sharing with her fans and some things I want to keep for myself.”

So, these fragrances could have been used by the Tejano Queen.

The vintage refillable spray Shalimar Guerlain is a rarity on the market.

A glass bottle is encapsulated in a hallowed, golden, wolven cover that can be dismantled to retrieve the simple rounded glass bottle held inside. Made in France, the refill bottle was released in 1982.

The refill perfume is a rich calendula hue, scented as powdery florals. Only eight notes are in the Eau De Toilette; less is more for this sensual fragrance.

The Tops Notes are Blossoms and Bergamot. The Heart Notes dry into a French garden of Iris, Jasmine, and Rose. Lastly, the Base Notes are sweet Vanilla, Balsamic, and Tonka Bean.

Today, the unique gold refill bottles sell at a premium of over 100 USD on the secondary market. And into the mid-hundreds for unopened or unused refill bottles.

Flacon Montre otherwise known in English as Watch Bottle was a collection of circular, round bottles that held scents such as Shalimar, L’Heure Bleue, Vol de Nuit, and more by Guerlain.

Produced in 1937, the bottle was to resemble a ring with its soft circular shape and sterling silver cylindrical cone-like cap.

The vast collection of bottles with uniquely colored centers per fragrance scent was once readily sold in department stores but no longer manufactured.

These little round Eaux De Cologne bottles can go from 40 USD to as high as hundreds for the bottle alone without contents inside. Unopened fragrances sometimes soar higher than 400 USD! 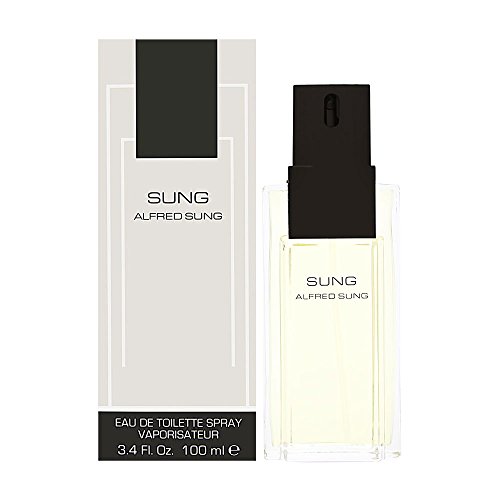 This perfume is alleged and hearsay, but there may be some truth behind it.

Purportedly, a Boutique T-Shirt printer for Selena’s fan club saw Selena leave her perfume, Sung by Alfred Sung, and snatched it for themselves as a keep-sake.

Sung was Alfred Sung was the company’s first retail perfume launch. After three years of development in collaboration with long-standing perfume manufacturer Givaudan, Pierre Dinand as creative director, designing the bottle, and Alfred Sung himself, the Eau De Parfum was launched in 1986, becoming an instant hit.

Quoted as “the essence of style,” the bottle is available for purchase at 88 USD for the largest size of 100 ml.

Most of the perfumes are based on hearsay and screen grabs from the popular Selena TV series; however, each fragrance contains a small microbial pattern containing Jasmine, Vanilla, and Iris.

As prefaced above, Selena wearing Sung is only a rumor with no basis. Still, the fragrances share strikingly similar notes of bold citruses, intoxicating florals, and sweet earthy base notes like Selena’s signature scent, Boucheron.

Selena’s dynamite smile and personality have left a significant mark on our universe.

Her fans and the public agree she was taken from this world too fast.

We may gain a sense of closeness to her spirit through the ability to possess something Selena once did herself, perfume. The celebration of her life lives on through her beauty, voice, and signature scent, Boucheron.