Why Bill Blass Perfume is So Expensive

Are you intrigued by the luxurious aura that surrounds Bill Blass perfume? Have you ever wondered why it is so expensive? Let’s take a closer look at the brand’s history, its price and quality, and how it has become one of the most sought-after fragrances in luxury perfumery.

Highly esteemed couture designer Bill Blass is more notably recognized for his fashion house and luxury collaborations with prominent fashion tycoons. Now that there has been a discontinuation on the market of his once hot perfumes, the up-selling of Blass’s luxe scents has risen since the brands demise.

The Origins of Bill Blass 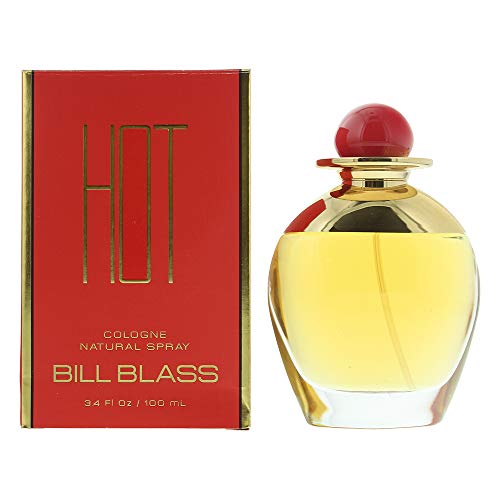 Bill Blass, born in June of 1922, began his fashion career in his teens, starting with school notebooks filled with fashion designs, then eventually moving on to selling his evening gowns for 25 USD a piece to a New York-based manufacturer.

Bill’s work was halted in 1943 by his enlistment into the army.

Assigned to the 603rd Camouflage Battalion, his mission was to cause deception in the German army into believing the allies were positioned in inaccurate locations by planting ‘dummy tanks’.

The trailblazing of Bill Blass had an astounding break in 1967, becoming the first American to create a couture menswear line, eventually raking in over 700 million a year in the mid-90s. Later, Blass lent his talents to the prominent automobile tycoon Ford, designing a special edition 1979 Lincoln Mark V. This eventually led to a ‘Bill Blass Edition’ becoming an option in Ford features and color for standard models.

‘Bill Blass for Women Eau De Cologne Splash’ was first launched in 1978 by the designer and businessman. It was created as an ode to his success in fashion and design. The splash cologne has been described as a “graceful combination of violet, jasmine, lily of the valley, sandalwood, musk and vetiver”—a perfect reflection of its timeless allure.

The perfume line created Eau De Parfum bottles modeled after bamboo shoots, Eau De Toilette for both men and women, and body powders. Sadly, the discontinuation of Bill Blass’s perfumes came from the death of the fashion designer in 2002.

Scents used to make Bill Blass perfume were of the highest quality and sourced globally.

Ingredients were carefully selected to create unique scents with long-lasting appeal. Each perfume bottle contained a complex blend of essential oils, rare extracts from exotic flowers, and even gold particles. All were expertly blended in small batches by experienced perfumers who understand the delicate balance between scent and chemistry, making it more expensive than less-sophisticated fragrances.

Value and prices don’t differentiate from any other discontinued couture scents. Coming from a prestigious brand, they’re highly competitive. Some go for as low as 50 USD to as high as 300 USD like many others sold on the vintage market.

In addition to quality ingredients, another factor driving up the price of luxury fragrances is their associated prestige.

The Blass corporation put a great deal into ensuring their products stood out from the competition. Not only from their uniquely refined bottles but also the investments made in marketing campaigns featuring supermodels like Iman and Dalma Callado.

Only exclusively available in select boutiques and department stores worldwide, the scents had limited availability. As such, customers had to be willing to pay a premium for the privilege of owning one of these exclusive fragrances.

The high price tag associated with Bill Blass perfume can be attributed to its high brand recognition among luxury fragrance aficionados. Signature blends of Eau De Cologne floral notes are well missed by many.

But, after all, when you buy a product from a well-known designer like Bill Blass, you’re not just buying an item – you’re buying into the reputation and lifestyle associated with his name.