Why is Cachet So Expensive?

Cachet is a name that will ring a bell for many Gen X and Millennials. Considered a household name for decades, this popularized perfume sat on many of our parents’ and relatives’ vanities, becoming a staple in their everyday fragrance wear.

The sensual spicy florals are most known for their discontinuation today, maxing out at hundreds of dollars on the second-hand market.

Is Cachet’s premium cost a clause of its admirable quality and irreplaceability or the nostalgia the scent brings?

The discontinuation of such a treasured perfume has now become a commodity. Primarily sold on the second-hand, vintage markets for hundreds of dollars, Cachet’s rich formula has continued to be cherished by many generations. 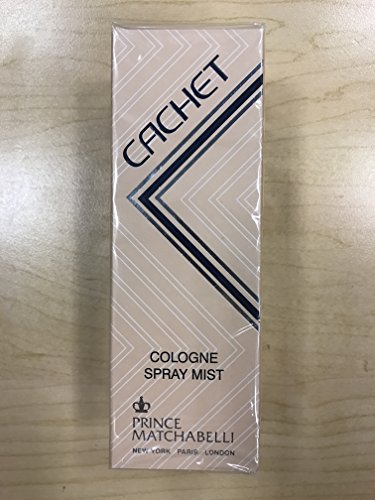 The experimentation with fragrance formulas began in 1921 for Prince Matchabelli. He wanted to capture the essence of his homeland, Georgia, after he immigrated to the US. He perfected his craft until his debut in 1927 as Prince Matchabelli. The quartet of Ambre Royal, Princess Rosina, Imperial Violet, and Princess Nina became an instant success for women globally.

Themed after the Italian Renaissance, the crown bottles were meant to symbolize wealth and royalty. The sweet floral scents, with hints of musk, are said to be long-lasting and perfect for those special black-tie and gown occasions.

Growth of the line expanded to over 70 perfumes from its debut to 1969, becoming one of the most recognized perfume collections in the world.

1970 became the rebrand of Prince Matchabelli to what is most known today, Cachet. The name change came with a spicy chypre floral fragrance to match, with top notes of aldehydes, green grass, spices and galbanum; middle notes including patchouli, orris root, jasmine, vetiver and rose; and earthy base notes of leather, amber, musk, civet and oakmoss.

The fragrance caused a ripple effect on the market, with many wanting to get their hands on the perfume they oh so often smelt while walking past others on the street.

Until ‘Cachet’ and the many other Cachet perfumes that came after, its departure from retail stores in the 90’s saddened many of its daily wearers. Then only sold for an estimated 25 to 45 USD; now, it is sold on the vintage market for hundreds.

How could such a cheaply sold perfume like Cachet be sold for hundreds now? Does the quality match the price?

Cachet has a reputation for using the finest of high-quality ingredients and craftsmanship.

The elegant packaging of crown-shaped bottles, adorned with the Machabelli family crest motifs with gold cross-shaped caps, was first manufactured in France. Using brass and glass to model the mini crowns captured the attention and money of many retail buyers.

Custom-made in Grasse, France, Cachet utilizes essential oils and other natural ingredients. Their fragrances were uniquely designed to change over time, evolving as they interact with the wearer’s skin.

There may be a few reasons for the skyrocketed price the perfumes are sold at today.

Firstly, Cachet is extremely limited in supply. The demand for the brand has remained strong, while the number of people who own a bottle has dwindled. As a result, a single bottle of Cachet perfume can now sell for hundreds or even thousands of dollars.

Secondly, the discontinued status of Cachet has made it something of a collector’s item, further increasing its value. This has made it incredibly difficult for most to find or even afford what they may have worn over a decade ago.

For all these reasons, it is not surprising that Cachet perfume is so expensive after its cessation.

The scents were both classic and modern, something many crave in the twenty-first century but cannot find. Rarely do we see timeless perfumes that transcend generations of people because of the belovedness the brand has around it.

The aromatic musky florals bring back memories of the good old days and lost loved ones for many. Prince Matchabelli’s Cachet is more than just a perfume – it reminds many of us of happy moments from the past.